I am addressing this article to everyone who longs to be in the new 5D World but feels disillusioned by the chaotic events currently playing out around the globe and wonders why the Matrix and its corrupt structures have not yet fully dissolved. This is for those who keep begging for the Financial Reset a/k/a "The Event" button to be pushed, but may not realize the massive Logistics involved in pulling off such an unprecedented feat. Let THE VOICE show you how to accelerate our Ascension and secure the best possible timeline for humanity. It is so much easier than you may think!

The notion of Meditation has come a long way. What once was a social stigma, branding one as an outcast tree hugging hippie, has become a more widely accepted cultural phenomena. Now elementary school children are being taught how to meditate rather than handing them a pinkslip to attend detention after class. Yoga and the practice of mindfulness and meditation has been touted by global spiritual leaders such as Deepak Chopra and these days you may even find yoga and meditation rooms in corporate buildings.

Yet, while meditation has gained wider acceptance as an individual spiritual practice, it is not being used to its full potential and has not been embraced as the key to our evolution and Ascension as a society. In James Cameron's movie "Avatar" the Na'vi race are all connected to the Tree of Souls and everything they achieve (including the protection of their homeland) is done through group meditation. In the captivating end scene, we see thousands of Na'vi meditating as one unit and are able to transfer the consciousness of a dying man into a new body! THAT is the power of Group Intention applied with laser-like focus in a precise moment in time!! You can watch that brief but immensely powerful scene here: Avatar End Scene 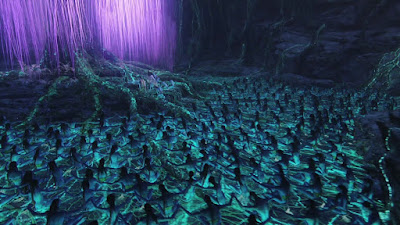 Many great civilizations have Ascended by working together, meditating often and in groups and utilizing singular intense focus to leave the confines of their 3 dimensional surroundings. The Aztecs and the Mayans, vast civilizations who seemingly "vanished" into thin air used Mass Meditation to Ascend to a higher dimension. As did the Lemurians and many others. We can do the same!

The keys to Ascending to 5D are peaceful cooperation and group meditation. The larger the group meditating in a single moment, the more powerful the result!! That is why I will continue to envision MILLIONS around the globe joining us in our Mass Meditations! You can help by spreading the word far and wide, both to your Facebook contacts and groups and other influential spiritual leaders and groups. You do not have to know these individuals personally - simply reach out and share the information. Be creative and inspire others to join!

As a starseed, I participate in many global mass meditations. It is an integral part of my mission. We have one such very important meditation coming up on April 4th/5th (depending on where you live in the world) that will be timed with a very powerful astrological configuration at the exact moment of the Jupiter-Pluto conjunction at 10:45 pm EDT / 2:45 am UTC. See this link for details and exact time (in your corner of the world) and invite as many as possible to join:
Ascension Timeline / End of Coronavirus Meditation (April 4th/5th)

Unfortunately, many are using this opportunity to withdraw their support, complain and verbally attack the Light Forces who are tirelessly working on our behalf to help free us from the enslavement to the Darkest Forces that have ever existed in this or any other universe. The situation we are in is very delicate and dangerous as the dark beings "booby trapped" this planet long ago with quantum level explosives and the process of dismantling this multi-layered system has been very complex. (if you want more information on this I highly recommend reading Cobra’s blog “The Portal” which I have been following since 2011 and which contains the most vast and detailed information you will find anywhere about what has really been going on in and around this prison planet for thousands of years – www.2012portal.blogspot.com)

It is not so simple as pushing a "button" and expecting that everything will magically be in order. The Logistics required to mobilize goods, supplies, resources, healing devices, etc. to Millions or Billions of people (entire countries) are enormous, as is the task of revealing and explaining the presence of Alien Civilizations after The Event occurs. It will require serious cooperation on the part of many in the spiritual community on a global level. This level of cooperation has been largely absent until now and is what the Light Forces are looking for in order to decide exactly when and how The Event can be triggered. Let us show them what we are capable of and come together for these Mass Meditations, without hesitation!

The minimum number of people needed to reach critical mass and allow the Light Forces to intervene faster and more directly is 144,000. That is the bare minimum. Imagine what we can accomplish if we reach One Million or more meditators for the April 4th Ascension Timeline Meditation! It can be done! I believe we will reach this number and surpass the wildest expectations of the Light Forces! It only requires 20 minutes out of your day (or night) but that 20 minutes can mean an accelerated breakthrough for humanity of epic proportions.

I am also going to ask that we become much more mindful of our WORDS and EXPRESSIONS. They carry a frequency and can either lower or elevate the vibration of any who read those words or hear those expressions. I will write a more extensive post on the topic of speech and language but in the meantime, please think deeply on what you are about to say, the words you choose and how it would feel if someone was saying those words TO YOU. If they uplift, encourage and support you then by all means use those words! But if they harm, degrade, disrespect or lower the vibration of the recipient, then please reconsider or remain silent.

This is no time to complain, attack, belittle or withdraw our support. We must forge on to the finish line with more fervor than ever before! The dark forces are not diminishing their efforts and neither must we!!

Ascension means that we are ELEVATING our thoughts, speech and behavior towards one another. We cannot ascend to a higher dimension until we do this! So please I urge all of you reading this to come together in Love, Respect, Unity, Peace and Harmony…..with a strong SINGULAR FOCUS…..and use our collective meditative power to break through this Matrix once and for all and become FREE, SOVEREIGN, HAPPY beings!!!

Let us create and build the world we truly desire with our thoughts, expressions, intentions and GROUP MEDITATIONS. Have I mentioned that MASS MEDITATION is the most powerful tool we possess as a society??? I will continue to say it until enough people respond and participate.

If Millions of us would come together in just ONE Mass Global Meditation for 20 Minutes we would dissolve the Matrix and all its darkness INSTANTLY. The Event would happen IMMEDIATELY.

THE VOICE of Reason has spoken. Are you listening? 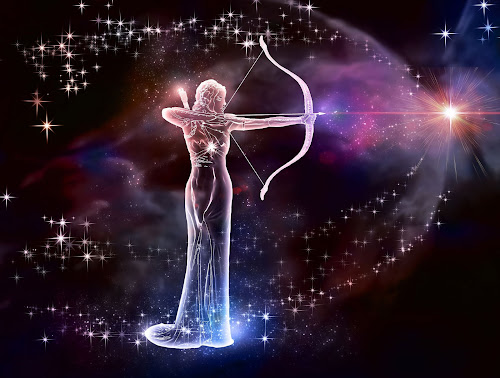